We have hundreds more fresh products to show you

Bakery is one of the oldest in the US

In our shop we stock a range of the bread, cakes and confectionery to order, along with cake boards and boxes to buy.

The shop is open Monday to Friday from 8am-7pm, and on Saturdays from 8:30am-3pm, with the exception of bank holidays.

DID YOU KNOW THAT

We began 55 years ago

Bakery was founded in 1966 by John and Jessy Smith. They baked delicious bread and cakes for the shop, with Jessy serving the customers. Later on, their son with his wife Natalia joined and began delivering bread to the neighbouring places. They had one daughter, named Melany who worked with her family after leaving school, and eventually took over the bakery.

Today, Bakery is run by Chris, the fifth generation of bakers in the family. Chris completed advanced training at City College, and is accompanied by a mighty team of passionate bakers, who all have a full range of skills in break making, pastry and confectionary.

When do I pay for my orders?

Do your products contain nuts?

Self Collection:
Self-collection of pre-orders – Mon to Sat, 11am to 5pm.
Delivery:
Mon to Sat: Free delivery for orders over $150. $10 otherwise.

Pls note additional charges apply if delivery is required at a specific time, or within a shorter delivery window that is less than 3 hours. 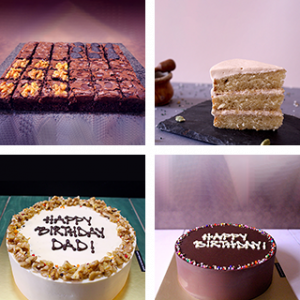